On May 22, 2020, International Day for Biological Diversity, the Critical Ecosystem Partnership Fund (CEPF) announced that Emmanuel G. Smith and nine other conservationists from around the world were named “Hotspot Heroes” for their efforts to protect the world’s biodiversity hotspots.
The CEPF is a joint biodiversity conservation initiative of I’Agence Francaise de Development, Conservation International, European Union, Global Environment Facility, Government of Japan and the World Bank. CEPF works to protect ecosystems and the species within them by awarding grants to local and international civil society organizations working in biodiversity hotspots around the world. As part of its 20th Anniversary celebration, CEPF is recognizing 10 Hotspot Heroes across 10 Global Biodiversity Hotspots where CEPF is funding hundreds of civil society organizations.

Mr. Smith works for the Society for the Conservation of Nature of Liberia (SCNL) as
coordinator of a CEPF funded project. SCNL is the country’s oldest conservation organization. In his role, he coordinates efforts to support 15 communities in establishing two community forests, linking Gola Forest National Park in Liberia, the proposed Foya Nature Reserve, and the Gola Rainforest National Park in Sierra Leone. Together these form the Greater Gola Landscape which represents the largest single block of remaining Upper Guinean Forests. These forests are part of the Guinean Forests of West Africa Biodiversity Hotspot, which extends across the southern part of West Africa, from Guinea to western Cameroon, covering all or part of 11 countries.

According to CEPF Grant Director Peggy Poncelet for the Guinean Forests of West Africa Biodiversity Hotspot, \”Mr. Smith’s role requires outstanding relationships with the communities he’s working with as well as the many technical partners. He has dealt with a range of issues—from commercial bush meat and beekeeping to loan schemes and literacy,” She also mentioned that “He is deeply committed to conservation in his home country, Liberia.\”

According to Mr. Smith in an interview with the Liberia Broadcasting System (LBS), he stated “This award has inspired me to do more than ever before. I have always worked because I have a piece of work to do and desire to achieve project and institution objectives. I did not know that I would have been recognized for the work I do until this time.” He used the occasion to dedicate the award to SCNL stating that it is team work that matters at the organization and called on young conservationists to make themselves available to serve at all times.

SCNL builds her staff capacity by hosting a one day Land Use Planning workshop/training facilitated by Silas Kpanan\’ Ayoung Siakor,… 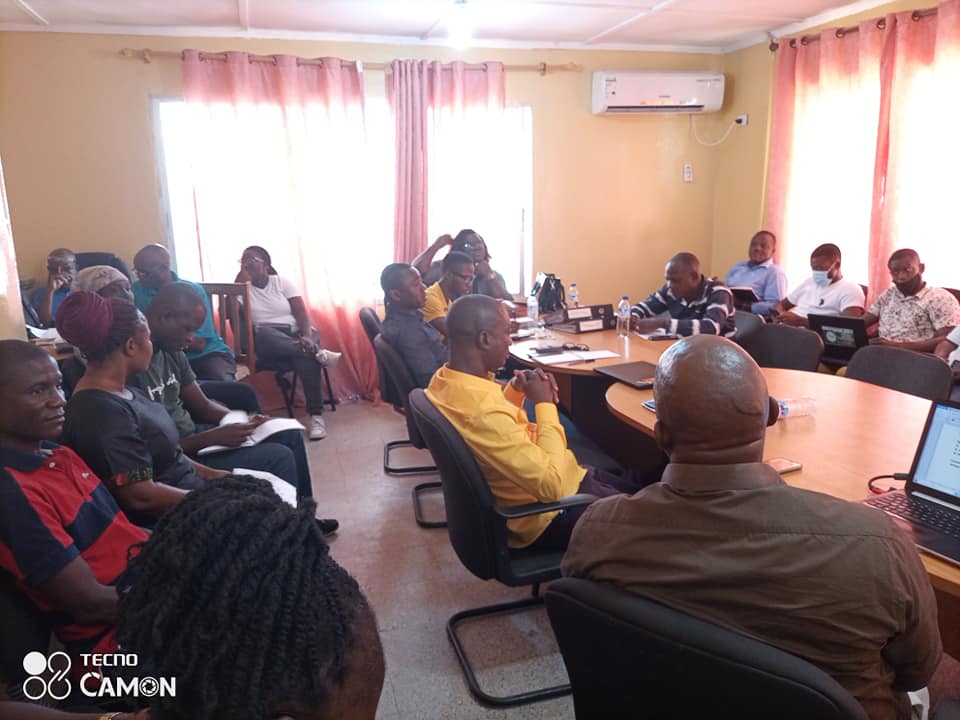 On January 28, 2021, the 1st regular meeting for Community Forest Working Group (CFWG)in 2021 was conducted at the Society…

Customary Land Right Formalization is a statutory prerequisite for the acquisition of statutory deed for community customary land in Liberia.…